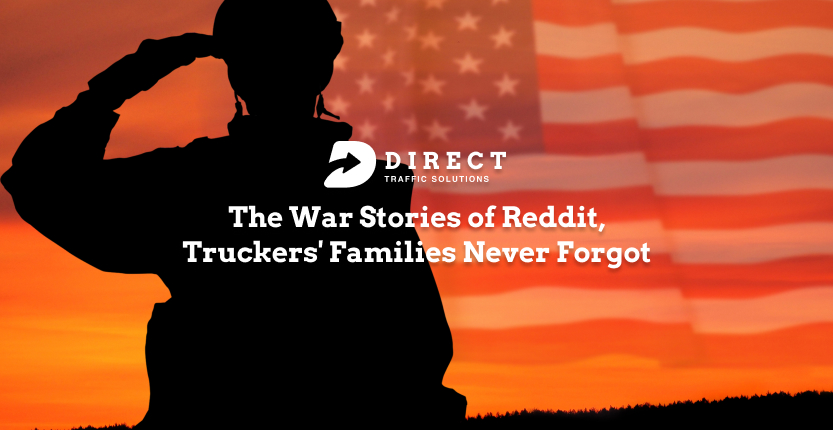 We scoured through hundreds of posts, many of which went beyond the traditional definition of a war story; among the tales of loss, death and trauma were stories of love, mischief, and unexpected happiness. Countless families were forged during and after the war: young men and women, who may not have ever met otherwise, brought together under the circumstances tied to their service. Other readers wrote of relatives who joined the military to earn their citizenship after immigrating to the United States. Sometimes even without understanding English, these men put on a uniform and fought for a country they wanted to call home.

Below is a selection of posts from Redditors.

The story takes place in an apartment.

This was in World War 2, and the Germans had already invaded Belgium.

My gramps woke up one night by Germans busting down the door next door, the home of a Jewish family. My gramps had a neighbor upstairs with a kid who was about 10 years older than him. The kid from upstairs and the Jewish kid were very close. They used to play on ice skates and take turns using the skates. So when the kid upstairs heard the Jewish kid getting dragged out of the building, he said he could have the skates. The Germans took it with them, never to be seen again.

My friend’s grandfather was in the Pakistani army a long time ago. He told me a profound short story in which his grandfather escaped death. The battlefield was under bombing, and a truck had come to pick up the soldiers. He jumped onto the truck to escape but then another soldier had pushed him off in an attempt to steal his place. Only some seconds later, another bomb fell and landed directly on the truck. His time to go wasn’t written yet.

My grandad helped hold off 2000 Japanese soldiers on an island in the Treasuries as one of only 140 men. After two days, there were 500 dead Japanese in front of their position, and only 40 soldiers were fit to fight. He was wounded in the chest by a grenade splinter and dragged to the dead pile. A US Marine Corps medic was standing near him having a cigarette when he saw my GD’s eyelids move. He pulled grandad out and saved his life.

My great-great-grandfather  (GGG) was taken by the Soviets into the forest to get killed in a mass grave. He was with his son, my great grandfather (GG). It was during the Soviet occupation. GGG knew that they would be killed, so at least they could try to escape. As they were running, GGG got shot in the head, and GG got hit in the back. He managed to run and hide (I suppose the soldiers didn’t expect him to survive and were not bothered to look). GG collapsed in a nearby village and was found and taken by a lady living in the village who took care of him. He lived in that village until he died, even married there, and had a house (which we are still living in).

My Grandpa was in England for pretty well all of WW2. This happened to him during the blitz.

One night a bunch of my Grandpa’s buddies wanted him to go out to the pub, and he didn’t want to go. Eventually, he gave in and went with them. After being at the pub for a while, his friends wanted to leave for another pub, but he wanted to stay and did. One friend stayed with him. The pub his friends went to took a direct hit from a bomb and killed all of them. He lost 7 friends that night.

Here’s where it gets crazier. When he got back to the barracks, a bomb had been dropped nearby and shattered a bunch of the windows in the building. Upon walking into his room, he found his window had been shattered, and there was a massive piece of glass through his bed. Had he chosen to stay in and had he chosen to go to that pub, he would have died, and my family wouldn’t exist. 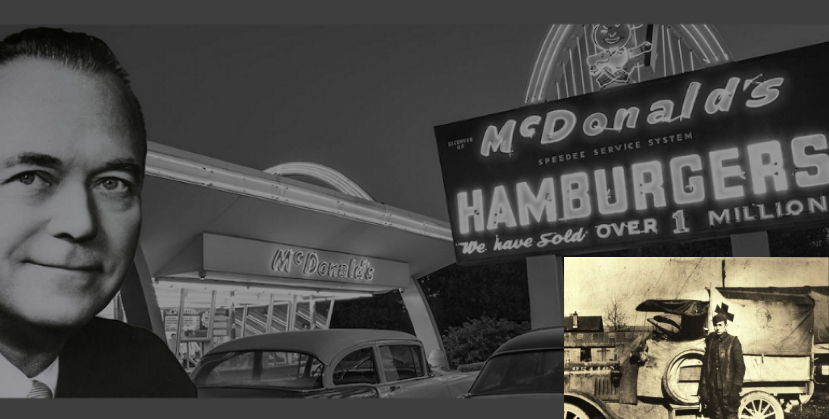 My great-grandfather (GG) was an ambulance driver in World War 1 with Walt Disney and Ray Kroc. My GG was captured by the Germans and was a prisoner of war for months. Kroc and Disney were not caught. 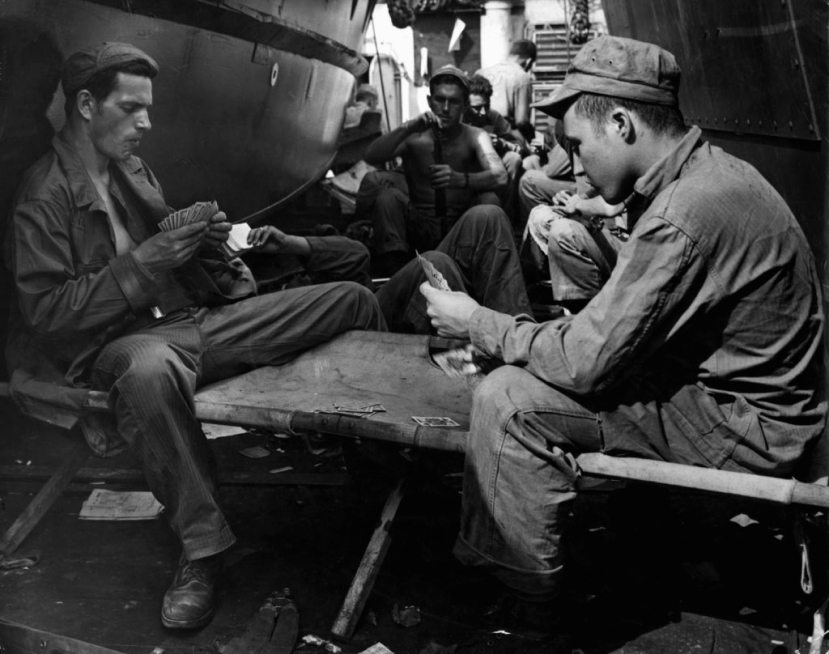 My grandfather didn’t want to get drafted for WWII, so he took one mapmaking class and signed up for the Navy as a civilian cartographer. He was sent to Pearl Harbor (after the bombing) and was stationed on a ship where two things happened:

Apparently, they got so mad that and were about to ship him off to the regular army when the commander of the ship learned one more thing about him:

He knew how to play Compact Bridge.

Compact Bridge is an incredibly complicated card game, and you need four people to play it. The commander of the ship loved playing it. The problem was that only three people abroad knew how to play.

So he kept my grandfather on–and that is how my grandpa spent the war, playing cards and learning how to make maps.

Great-grandpa was a machine gunner in WW1. Apparently, the life span of a machine gunner was only a few minutes as they would be targeted immediately because they were so effective on the battlefield.

He was hit by a grenade and, as a result, was knocked into a coma. He was then thrown into a pile of dead bodies.

Just to be 100% sure that all the dead bodies were actually dead, the Germans decided to mustard gas the pile of corpses (and my comatose great-grandpa). Because he was in a coma, his breathing was so shallow that the mustard gas didn’t kill him.

He woke up sometime later, brushed himself off, and walked out of the corpse pile.

There are photos of him where you can see the mustard gas burns on his hands where his uniform ended.